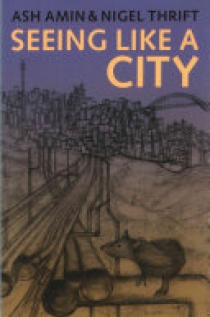 Seeing like a city means recognizing that cities are living things made up of a tangle of networks, built up from the agency of countless actors. Cities must not be considered as expressions of larger paradigms or sites of human effort and organization alone. Within their density, size and sprawl can be found a world of symbols, bodies, buildings, technologies and infrastructures. It is the machine-like combination, interaction and confrontation of these different elements that make a city. Such a view locates urban outcomes and influences in the character of these networks, which together power urban life, allocating resources, shaping social opportunities, maintaining order and simply enabling life. More than the silent stage on which other powers perform, such networks represent the essence of the city. They also form an important political project, a politics of small interventions with large effects. The increasing evidence for an Anthropocene bears out the way in which humanity has stamped its footprint on the planet by constructing urban forms that act as systems for directing life in ways that create both immense power and immense constraint.