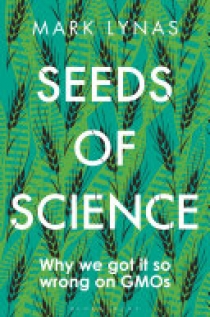 "An important contribution to an issue with enormous potential for benefiting humanity." Stephen Pinker The inside story of the fight for and against genetic modification in food, from someone who's been on the front line of both sides of the argument. Mark Lynas was one of the original GM field wreckers. Back in the 1990s--working undercover with his colleagues in the environmental movement--he would descend on trial sites of genetically modified crops at night and hack them to pieces. Two decades later, most people around the world--from New York to China--still think that "GMO" foods are bad for their health or likely to damage the environment. But Mark has changed his mind. This book explains why. In 2013, in a world-famous recantation speech, Mark apologized for having destroyed GM crops. He spent the subsequent years touring Africa and Asia, and working with plant scientists who are using this technology to help smallholder farmers in developing countries cope better with pests, diseases and droughts. This book lifts the lid on the anti-GMO craze and shows how science was left by the wayside as a wave of public hysteria swept the world. Mark takes us back to the origins of the technology and introduces the scientific pioneers who invented it. He explains what led him to question his earlier assumptions about GM food, and talks to both sides of this fractious debate to see what still motivates worldwide opposition today. In the process he asks--and answers--the killer question: how did we all get it so wrong on GMOs?