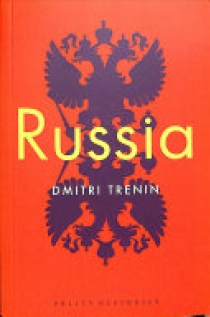 Over the past century alone, Russia has lived through great achievements and deepest misery; mass heroism and mass crime; over-blown ambition and near-hopeless despair – always emerging with its sovereignty and its fiercely independent spirit intact. In this book, leading Russia scholar Dmitri Trenin accompanies readers on Russia’s rollercoaster journey from revolution to post-war devastation, perestroika to Putin’s stabilization of post-Communist Russia. Explaining the causes and the meaning of the numerous twists and turns in contemporary Russian history, he offers a vivid insider’s view of a country through one of its most trying and often tragic periods. Today, he cautions, Russia stands at a turning point – politically, economically and socially – its situation strikingly reminiscent of the Russian Empire in its final years. For the Russian Federation to avoid a similar demise, it must learn the lessons of its own history.