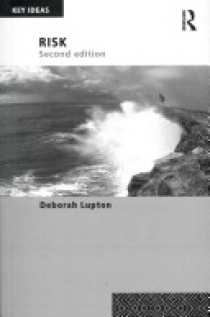 Risk (second edition) is a fully revised and expanded update of a highly-cited, influential and well-known book. It reviews the three major approaches to risk in social and cultural theory, devoting a chapter to each one. These approaches were first identified and described by Deborah Lupton in the original edition and have since become widely used as a categorisation of risk perspectives. The first draws upon the work of Mary Douglas to articulate the 'cultural/symbolic' perspective on risk.