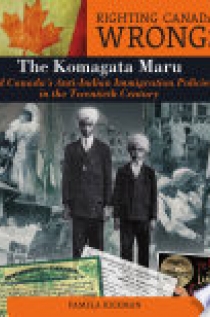 In 1914, Canada was a very British society with anti-Asian attitudes. Although Great Britain had declared that all people from India were officially British citizens and could live anywhere in the British Commonwealth, Canada refused to accept them. This racist policy was challenged by Gurdit Singh, a Sikh businessman, who chartered a ship, the Komagata Maru, and sailed to Vancouver with over 300 fellow Indians wishing to immigrate to Canada. They were turned back, tragically.