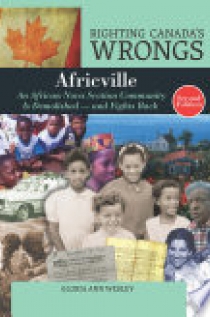 Beginning in the 18th century, Black men and women arrived from the U.S. and settled in various parts of Nova Scotia. In the 1800s, a small Black community had developed just north of Halifax on the shores of the Bedford Basin. The community became known as Africville and grew to about 400 people. Its residents fished, farmed, operated small retail stores and found work in the city. Jobs for Black people were hard to find, with many occupations blocked by racist practices. Women often worked as domestics and many men were train porters.