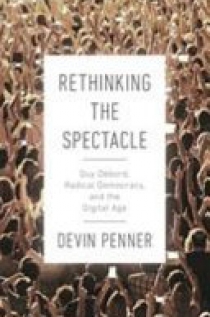 Spectacle is usually considered a superficial form of politics, which tries to distract and deceive a passive audience. It is difficult to see how this type of politics could be reconciled with the democratic requirement of active and informed agency. Rethinking the Spectacle re-examines the tension between spectacle and political agency using the ideas and practices of Guy Debord and the Situationist International as a point of departure. Drawing on radical democratic theory and examining case studies such as the 2011 Occupy movement, Devin Penner concludes that spectacle can and should be used to mobilize the public for egalitarian purposes.