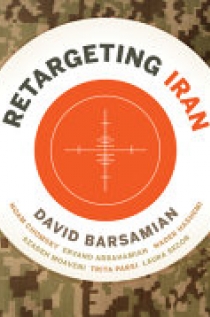 A timely primer on the conflict between the United States and Iran by scholars of Middle Eastern politics who advocate diplomacy and de-escalation. The U.S. and Iran are locked in a dangerous cycle of brinksmanship and violence. Both countries have staged cyber attacks and recently shot down one another's aircrafts. Why do both countries seem intent on escalation? Why did the U.S. abandon the nuclear deal (which, according to the UN, was working)? Where can Washington and Tehran find common ground? To address these questions and the political and historical forces at play, David Barsamian presents the perspectives of Iran scholars Ervand Abrahamian, Noam Chomsky, Nader Hashemi, Azadeh Moaveni, and Trita Parsi. A follow-up to the previously published Targeting Iran, this timely book continues to affirm the goodwill between Iranian and American people, even as their respective governments clash on the international stage.