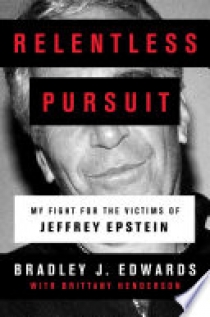 This is the definitive story of the case against Jeffrey Epstein and the corrupt system that supported him, told in thrilling detail by the lawyer who has represented Epstein’s victims for more than a decade. In June 2008, Florida-based victims’ rights attorney Bradley J. Edwards was thirty-two years old and had just started his own law firm when a young woman named Courtney Wild came to see him. She told a shocking story of having been sexually coerced at the age of fourteen by a wealthy man in Palm Beach named Jeffrey Epstein.