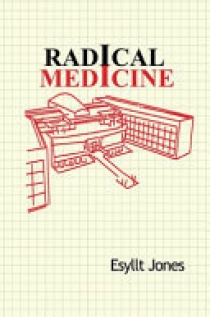 The origins of medicare have long been told as a simple and satisfying story: a good idea, born in Saskatchewan, was championed by our Greatest Canadian, Tommy Douglas, embraced by Canadians, now stands as a cherished example of our nation's unique values. Radical Medicine is a visionary and politicized new history of medicare. It traces medicare's roots around the world--to the New Deal in the US, the October Revolution in Russia and the British Labour movement. From the 1930s to the early 1950s radical health advocates from around the Atlantic world debated how to achieve socialized medicine. Out of these debates, there emerged on the medical left a specific model for health equality--the health centre. Radical Medicine uses the personal histories of international health advocates, the history of ideas, policy debates, political insights as well as the role of emotion as a central force in social movements. Challenging dominant historical narratives that often depoliticize medicare's origins by treating it a simple manifestation of primordial prairie politics, Radical Medicine shows that, although medicare was shaped fundamentally by local forces and cultures, we can only understand its history in a world-historical context. As universal public health insurance programs crumble around the world, Radical Medicine is the medicare book we need now.