By Peter A. Jackson 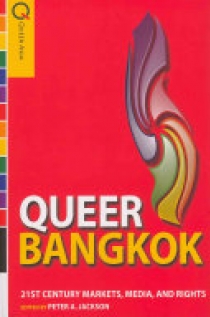 The Thai capital Bangkok is the unrivalled centre of the country's gay, lesbian and transgender communities. These communities are among the largest in Southeast Asia, and indeed in the world, and have a diversity, social presence and historical depth that set them apart from the queer cultures of many neighbouring societies. The first years of the 21st Century have marked a significant transition moment for all of Thailand's LGBT cultures, with a multidimensional expansion in the geographical extent, media presence, economic importance, political impact, social standing, and cultural relevance of Thai queer communities. This book analyzes the roles of the market and media - especially cinema and the Internet - in these transformations, and considers the ambiguous consequences that the growing commodification and mediatisation of queer lives have had for LGBT rights in Thailand. A key finding is that in the early 21st Century processes of global queering are leading to a growing Asianisation of Bangkok's queer cultures. This book traces Bangkok's emergence as a central focus of an expanding regional network linking gay, lesbian and transgender communities in Hong Kong, Singapore, Taiwan, Indonesia, the Philippines and other rapidly developing East and Southeast Asian societies. Peter A. Jacksonis associate professor in the School of Culture, History and Language at Australian National University. "The myriad faces of Thai gender/sexuality culture have been an attraction for both pleasure-seekers and researchers/scholars/activists. Exploring the rapidly changing LGBT cultures and Thai queer identities, the essays collected here provide insightful analyses of historical continuities as well as developing variations within the highly complex erotic/economic texture of Thai society. A must-read for anyone in the booming field of gender/sexuality studies." -Josephine Ho, Chair Professor, Center for the Study of Sexualities, National Central University, Taiwan