Praise for the Women of the Family 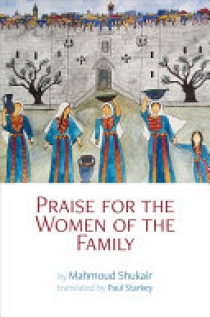 A tale of a Bedouin clan through the eyes of its women. Shortlisted for the International Prize for Arabic Fiction 2016The Al-Abd al-Lat clan has left the desert and is preparing to leave its Bedouin customs behind. Some of the women of the clan are drawn to the allure of modern life, while others scorn it and fear the loss of their traditional lifestyle and values. When Rasmia accompanies her husband to a party, Najma wears a dress and Sana gets a tan on her white legs, they set malicious tongues wagging. Meanwhile, Wadha, the sixth wife of Mannan, the chief of the clan, still believes that the washing machine and television are inhabited by evil spirits. Set in the tumultuous time after the nakba (the Palestinian exodus from what is now Israel), Praise for the Women in the Family portrays the rapid advance of modernity and the growing conflict in 1950s Palestine. It also reveals the impossibility of political equality in a society that treats its women unjustly and denies them the right to dignity and equality with men.