Pots and Other Living Beings 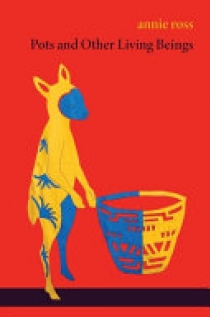 Pots and Other Living Beings is made up of poems with paired photographs, each describing an aspect of living in the postmodern, neoliberal age, with its promised and failed utopia, ruin, and dispossessions. The work comes from a series of 4000 photographs and binders full of notes, created during a research trip to the American southwest regarding the founding, making, dreaming, and proliferation of the nuclear bomb; thinking of the food, family farms, arts, schools, hospitals, we could have had, if our resources, imagination, time, and energy had been directed towards life, in all of his/her forms.