Pluto Gets the Call 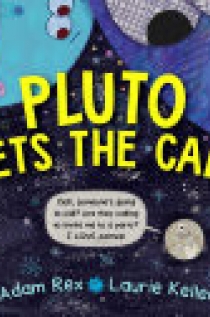 Pluto gets a call from Earth telling him he isn’t a planet anymore, so he sets out on a journey through the solar system to find out why in this funny and fact-filled romp that’s perfect for fans of The Scrambled States of America. Pluto loves being a planet. That is, until the day he gets a call from some Earth scientists telling him he isn’t a planet anymore! You probably wanted to meet a real planet, huh? So, Pluto takes the reader on a hilarious and informative journey through the solar system to introduce the other planets and commiserate about his situation along the way. Younger readers will be so busy laughing over Pluto’s interactions with the other planets, asteroids, moons, and even the sun, they won’t even realize just how much they’re learning about our solar system!