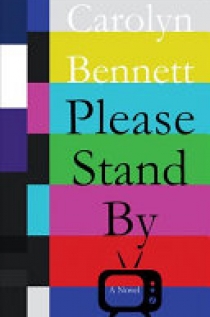 The fight to save a publicly funded television station from privatization is led by a crusader willing to lose everything. Meet Suzanne Foley--single, 38, heavy-drinking, and Ativan-reliant--a freelance writer with the Alberta Broadcasting System looking to sabotage a smarmy new flack tasked with making the station's membership pledge campaign more "dynamic and entertaining". Her colleagues, none of them as smart or as desperate, either reject her schemes outright or reluctantly go along, but branding won't replace integrity, not on Suzanne's watch. Problem is, she's becoming unhinged, experiencing flashbacks to her troubled youth, which is nothing that sex with a far younger man and trips to the pharmacy and bar can't fix--until that fix almost does her in.