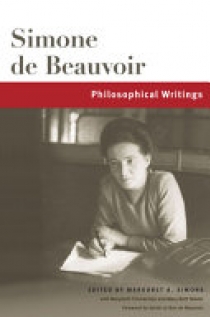 The first complete, scholarly edition of Beauvoir's essays in English translation Despite growing interest in her philosophy, Simone de Beauvoir remains widely misunderstood. She is typically portrayed as a mere intellectual follower of her companion, Jean-Paul Sartre. In Philosophical Writings, Beauvoir herself shows that nothing could be further from the truth. Beauvoir's philosophical work suffers from a lack of English-language translation or, worse, mistranslation into heavily condensed popular versions.