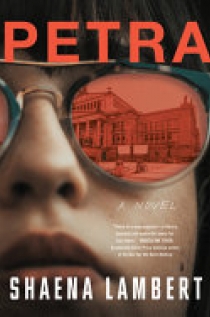 Inspired by the life and death of Petra Kelly, the original Green Party leader and political activist who fought for the planet and human rights in 1980s Germany, Shaena Lambert brings us a timely and captivating new novel about a woman who changed history and transformed environmental politics--and who, like many history-changing women, has been largely erased. Award-winning novelist Madeleine Thien calls Petra "a masterpiece--a fierce, humane and powerful novel for our times." January, 1980. At the height of the Cold War in Germany, the charismatic Petra Kelly inspires hundreds of thousands to take to the streets to protest the placement of nuclear missiles on West German soil--including a NATO general named Emil Gerhardt who shocks his wife and his colleagues by converting to the cause. The "General and the Peace Maiden," as he and Petra are soon called, not only vault to fame as the stars of the Green movement, gaining real political power with their earth-based agenda, but they also fall in love. A web of jealousy threatens them, activated by Manfred Schwartz, Petra's ex-lover, who urges her to face the true nature of her general, drawing back the curtain on his wartime past. Petra believes in the power of redemption, but soon realizes that Emil's past threatens not just her love, but her power to forgive. And eventually her life. Narrated by Manfred Schwartz twenty-five years later, in a present world even more beset by existential threats, Petra is an exploration of love, jealousy, the power of social change and the limits of compassion. It portrays an age, like our own, on the brink of global disaster, and explores the subtle healing forces we possess, set against those that pitch us deeper into chaos. Most of all it is a story of a woman capable of founding a new and world-changing politics and taking on two superpowers, who still must grapple with her own complex nature, and a singular and fatal love.