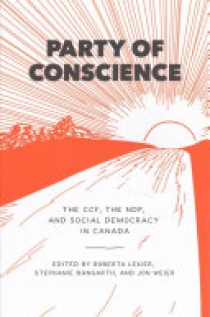 "Relatively little attention has been paid to the contributions of the CCF/NDP in Canadian politics. Surveying the field of political history in Canada, one might assume that the politics of the nation have been shaped solely by the Liberal and Conservative parties. This collection remedies this imbalance and critically examines the place of social democracy in Canadian history and politics. Bringing together the work of politicians, think tank members, party activists, union members, scholars, students, and social movement actors in an important discussion about social democracy delving into an array of topics including municipal, provincial, and national issues, labour relations, feminism, contemporary social movements, war and society, security issues, and the media, Party of Conscience reminds Canadians of the important contributions the CCF/NDP and its forerunners made to a progressive, compassionate idea of Canada."--