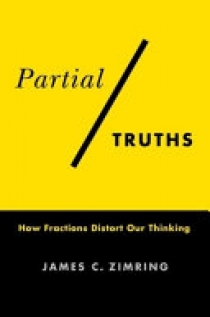 A fast-food chain once tried to compete with McDonald's quarter-pounder by introducing a third-pound hamburger--only for it to flop when consumers thought a third pound was less than a quarter pound because three is less than four. Separately, a rash of suicides by teenagers who played Dungeons and Dragons caused a panic in parents and the media. They thought D&D was causing teenage suicides--when in fact teenage D&D players committed suicide at a much lower rate than the national average.