On a Cold Road 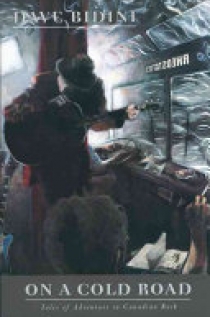 David Bidini, rhythm guitarist with the Rheostatics, knows all too well what the life of a rock band in Canada involves: storied arenas one tour and bars wallpapered with photos of forgotten bands the next. Zit-speckled fans begging for a guitar pick and angry drunks chucking twenty-sixers and pint glasses. Opulent tour buses riding through apocalyptic snowstorms and cramped vans that reek of dope and beer. Brilliant performances and heart-sinking break-ups. Bidini has played all across the country many times, in venues as far flung and unalike as Maple Leaf Gardens in Toronto and the Royal Albert Hotel in Winnipeg. In 1996, when the Rheostatics opened for the Tragically Hip on their Trouble at the Henhouse tour, Bidini kept a diary. In On a Cold Road he weaves his colourful tales about that tour with revealing and hilarious anecdotes from the pioneers of Canadian rock - including BTO, Goddo, the Stampeders, Max Webster, Crowbar, the Guess Who, Triumph, Trooper, Bruce Cockburn, Gale Garnett, and Tommy Chong - whom Bidini later interviewed in an effort to compare their experiences with his. The result is an original, vivid, and unforgettable picture of what it has meant, for the last forty years, to be a rock musician in Canada.