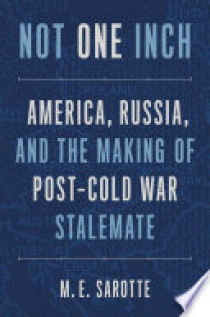 Thirty years after the Soviet Union's collapse, this book reveals how tensions between America, NATO, and Russia transformed geopolitics in the decade after the fall of the Berlin Wall "The most engaging and carefully documented account of this period in East-West diplomacy currently available."--Andrew Moravscik, Foreign Affairs Not one inch. With these words, Secretary of State James Baker proposed a hypothetical bargain to Soviet leader Mikhail Gorbachev after the fall of the Berlin Wall: if you let your part of Germany go, we will move NATO not one inch eastward.