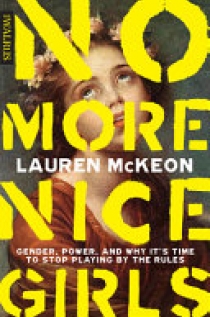 In the age of girl bosses, Beyoncé, and Black Widow, we like to tell our little girls they can be anything they want when they grow up, except they'll have to work twice as hard, be told to "play nice," and face countless double standards that curb their personal, political, and economic power. Today, long after the rise of girl power in the 90s, the failed promise of a female president, and the ubiquity of feminist-branded everything, women are still a surprisingly, depressingly long way from gender and racial equality. It's worth asking: Why do we keep trying to win a game we were never meant to play in the first place? Award-winning journalist and author Lauren McKeon examines the varied ways in which our institutions are designed to keep women and other marginalized genders at a disadvantage and shows us why we need more than parity, visible diversity, and lone female CEOs to change this power game. She uncovers new models of power -- ones the patriarchy doesn't get to define -- by talking to lawyers insisting on gender-neutral change rooms in courthouses, programmers creating apps to track the breakdown of men and women being quoted in the news media, educators illustrating tampon packaging with pictures of black bodies, mixed martial artists teaching young girls self-empowerment, entrepreneurs prioritizing trauma-informed office cultures, and many other women doing power differently. As the toxic, divisive, and hyper-masculine style of leadership gains ground, threatening democracy here and abroad, McKeon underscores why it's time to stop playing by the rules of a rigged game. No More Nice Girls charts a hopeful and potent path forward for how to disrupt the standard (very male) vision of power, ditch convention, and build a more equitable world for everyone.