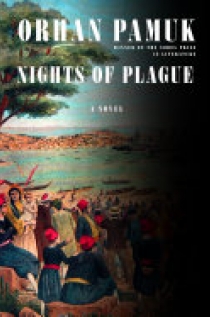 A new book by the winner of the Nobel Prize in Literature. Part detective story, part historical epic—a bold and brilliant novel that imagines a plague ravaging a fictional island in the Ottoman Empire. It is April 1900, in the Levant, on the imaginary island of Mingeria—the twenty-ninth state of the Ottoman Empire—located in the eastern Mediterranean between Crete and Cyprus. Half the population is Muslim, the other half are Orthodox Greeks, and tension is high between the two.