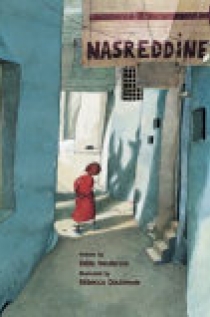 It's time to go to market, so Nasreddine loads up the donkey and sets off with his father. But when onlookers criticize his father for riding while Nasreddine walks, the boy is ashamed. The following week, Nasreddine persuades his father to walk, and let him ride -- but then people criticize the boy for making his father walk! No matter what Nasreddine tries, it seems that someone always finds something to disapprove of. Nasreddine is a legendary character popular in stories told throughout the Middle East, and this clever story will bring him to a new audience.