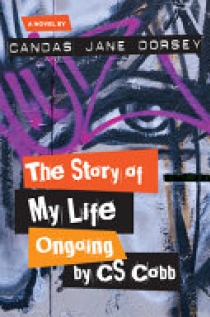 Corey Cobb was born intersex, but because Corey's father and stepmother didn't make a big deal of it, it isn't until Corey's dad dies suddenly and Corey is back with a disapproving mother that making a gender choice becomes an issue. Corey is now legally old enough to refuse medical intervention--but not old enough to prevent "choosing not to choose" being considered by Corey's mother to be a psychiatric problem. While in the youth psych ward, Corey meets Kim, diagnosed as anorexic but really a victim of her mom's Munchausen's Syndrome-by-Proxy.