Murder in the Family 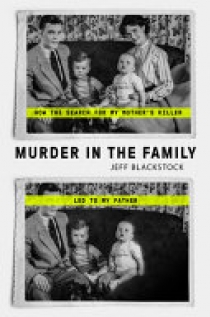 Diplomat father. Murdered mother. Emotionally neglected children. An elaborate cover-up. Family dinners will never be the same. "I think that my father murdered my mother." That terrible belief spurs author Jeff Blackstock to investigate the circumstances of his mother Carol's death in 1959. Carol Blackstock died at age 24--poisoned by arsenic--but the cause of her death remained shrouded in mystery for decades. George Blackstock was a career diplomat in Canada's foreign service, posted to glamorous Buenos Aires in the late 1950s with his wife Carol and their three children.