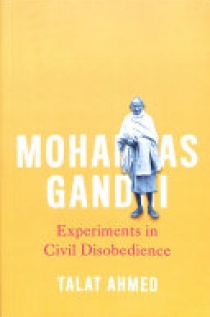 Mohandas Gandhi, icon of Indian liberation, remains an inspiration for anti-capitalists and peace activists globally. His campaigns for national liberation based on non-violence and mass civil disobedience were critical to defeating the power of the British Empire.This biography examines his campaigns from South Africa to India to evaluate the successes and failures of non-violent resistance. Seventy years after his death, his legacy remains contested: was he a saint, revolutionary, class conciliator, or self-obsessed spiritual zealot?The contradictions of Gandhi's politics are unpicked through an analysis of the social forces at play in the mass movement around him. Entrusted to liberate the oppressed of India, his key support base were industrialists, landlords and the rich peasantry. Gandhi's moral imperatives often clashed with these vested material interests, as well as with more radical currents to his left.Today, our world is scarred by permanent wars, racism and violence, environmental destruction and economic crisis. Can non-violent resistance win against state and corporate power? This book explores Gandhi's experiments in civil disobedience to assess their relevance for struggles today.