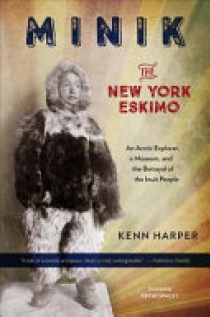 In 1897, celebrated Arctic explorer Robert Peary brought six Polar Inuit, intended to serve as live 'specimens' at the American Museum of Natural History, to New York. Four died within a year. One managed to gain passage back to Greenland. Only the sixth, a boy of six or seven with a precociously solemn smile, remained. His name was Minik. Orphaned when his father died of pneumonia, Minik never surrender the hope of going 'home,' never stopped fighting for the dignity of his father's memory, and never gave up his belief that people would come to his aid if only he could get them to understand.