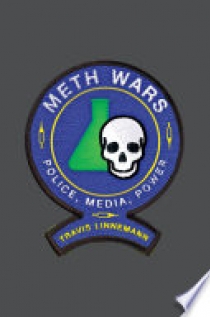 From the hit television series Breaking Bad, to daily news reports, anti-drug advertising campaigns and highly publicized world-wide hunts for “narcoterrorists” such as Joaquin “El Chapo” Guzman, the drug, methamphetamine occupies a unique and important space in the public’s imagination. In Meth Wars, Travis Linnemann situates the "meth epidemic" within the broader culture and politics of drug control and mass incarceration. Linnemann draws together a range of examples and critical interdisciplinary scholarship to show how methamphetamine, and the drug war more generally, are part of a larger governing strategy that animates the politics of fear and insecurity and links seemingly unrelated concerns such as environmental dangers, the politics of immigration and national security, policing tactics, and terrorism. The author’s unique analysis presents a compelling case for how the supposed “meth epidemic” allows politicians, small town police and government counter-narcotics agents to engage in a singular policing project in service to the broader economic and geostrategic interests of the United States.