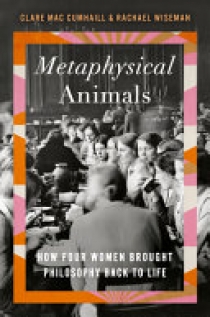 A delightful group portrait of four college friends--Iris Murdoch, Philippa Foot, Elizabeth Anscombe, and Mary Midgley--who formed a new philosophical tradition starting with the ideas, fears, and hopes of women while Oxford's men were away at war The history of European philosophy is usually formed from the ideas, visions and hopes of men, many of whom lived monastic lives apart from women and children. In the mid-twentieth century, as students at Oxford, Elizabeth Anscombe, Mary Midgley, Philippa Foot, and Iris Murdoch launched an alternative.