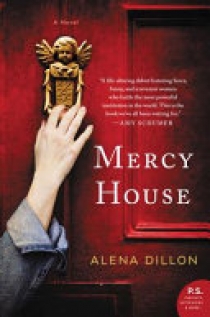 "A life-altering debut featuring fierce, funny, and irreverent women who battle the most powerful institution in the world. This is the book we've all been waiting for."--Amy Schumer A powerful debut novel of a refuge in Brooklyn for women in trouble--and the one woman who will risk all to protect them. In the Bedford-Stuyvesant neighborhood of Brooklyn stands a century-old row house presided over by renegade, silver-haired Sister Evelyn. Gruff and indomitable on the surface, warm and wry underneath, Evelyn and her fellow sisters makes Mercy House a safe haven for the abused and abandoned. Women like Lucia, who arrives in the dead of night; Mei-Li, the Chinese and Russian house veteran; Desiree, a loud and proud prostitute; Esther, a Haitian immigrant and aspiring collegiate; and Katrina, knitter of lumpy scarves... all of them know what it's like to be broken by men. Little daunts Evelyn, until she receives word that Bishop Robert Hawkins is coming to investigate Mercy House and the nuns, whose secret efforts to help the women in ways forbidden by the Church may be uncovered. But Evelyn has secrets too, dark enough to threaten everything she has built. Evelyn will do anything to protect Mercy House and the vibrant, diverse women it serves--confront gang members, challenge her beliefs, even face her past. As she fights to defend all that she loves, she discovers the extraordinary power of mercy and the grace it grants, not just to those who receive it, but to those strong enough to bestow it.