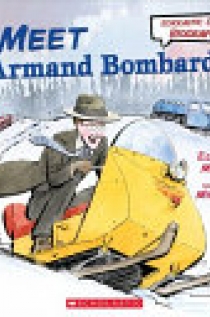 The award-winning Scholastic Canada Biography series highlights the lives of remarkable Canadians whose achievements have inspired and changed the lives of those who followed. Meet Joseph-Armand Bombardier -- Canadian inventor, innovator and entrepreneur! Born in 1907, Joseph-Armand grew up in Valcourt, a small village in Quebec. Like many places in rural and Northern Canada, it was often cut off from the world after winter snows made the roads impassable. When Armand was a kid, he was already inventing his own toys, including his first attempt at a vehicle that could drive through snow.