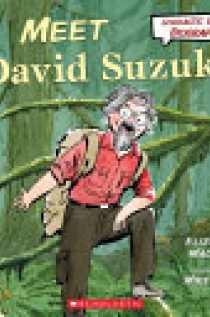 Meet David Suzuki: scientist, educator, and environmental activist! The award-winning Scholastic Canada Biography series highlights the lives of remarkable Canadians whose achievements have inspired and changed the lives of those who followed. As a young boy, David Suzuki loved spending time in the glorious British Columbia outdoors with his father. The racist policies against Japanese Canadians during World War II put an abrupt end to that when David's family was sent to a Japanese internment camp in 1942. After the war, the Suzuki family was forced to leave B.C., settling in Ontario.