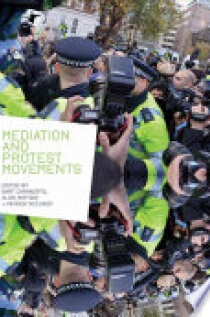 This book focuses on the processes and practices that contemporary protesters use when acting with (and through) media. It covers both online and off-line contexts, as well as mainstream and alternative media. It bridges the gap between social-movement theory and media and communication studies. It is an important text for students and scholars of media and social change at both a local and transnational level. Over the past year, international and national media have been full of stories about protest movements and tumultuous social upheaval from Tunisia to California. But scholars have not yet fully addressed the connection between these movements and the media and communication channels through which their messages spread. Correcting that imbalance, "Mediation and Protest Movements" explores the nature of the relationship between protest movements, media representation, and communication strategies and tactics. This approach privileges the processes and practices of interacting with and through media and thus analyses the media and communications strategies and tactics of contemporary protest movements in both online and offline contexts. It also considers media environment(s) in their complexity: from mainstream to alternative media, from traditional to new media outlets. By addressing the transnational level of contention it appeals to a wide international audience interested in how protest movements at a local as well as a transnational level engage in mediation processes and develop media practices across the globe