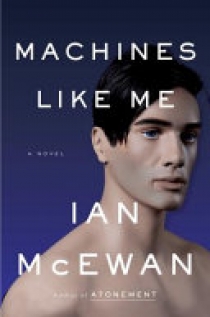 The new novel from the master storyteller is his best in years. Brilliantly McEwan, richly entertaining, a moving love story and a mystery--yet for all its gripping plotline one of the most morally layered novels written for our times, as it carries us into a provocatively real alternative history and the profound challenges of Artificial Intelligence. Set in 1980s London, the story revolves around Charlie: young and reckless, and in love with his upstairs neighbour, the enchanting Miranda whose hidden, murky past hangs between them. He has spent his inheritance on the acquisition of one of twenty-five highly developed new robotic humans--named Adam or Eve, each one beautiful, strong and clever--developed by Alan Turing after his success on the legendary WW2 Enigma codebreaking machine. As London is consumed by the huge protests over England and Argentina's Falklands War and Margaret Thatcher's jingoistic ambitions, Charlie courts Miranda, and his Adam finds himself, inevitably, central to their affair. Great novelist that he is, McEwan pulls us into the question of what it means to love, what makes us human in our fast-changing times, what might follow if a machine understands too well the human heart, and how precarious a construct is the world we live in and think we know.