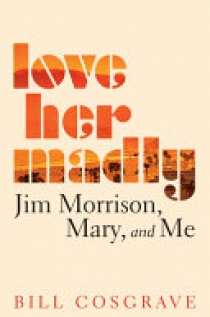 A riveting memoir that works its magic like a slow-acting drug, revealing the story of Jim Morrison’s first love, a long-lost friendship, and the man who existed before the Doors. In the spring of 1965, Bill Cosgrave was smuggled across the border into the United States after receiving an irresistible invitation from his captivating friend Mary Werbelow. When he made it to her apartment in Los Angeles, Mary introduced Bill to her boyfriend, Jim Morrison. The two young men quickly bonded. When Jim and Mary’s relationship faltered, Jim headed for Venice beach with his notebook.