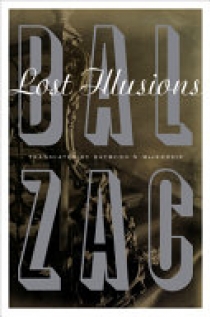 A new annotated translation of the keystone of Balzac's Comédie Humaine--a sweeping narrative of corrupted idealism in a cynical urban milieu Lost Illusions is an essential text within Balzac's Comédie Humaine, his sprawling, interconnected fictional portrait of French society in the 1820s and 1830s comprising nearly one hundred novels and short stories. This novel, published in three parts between 1837 and 1843, tells the story of Lucien de Rubempré, a talented young poet who leaves behind a scandalous provincial life for the shallow, corrupt, and cynical vortex of modernity that was nineteenth-century Paris--where his artistic idealism slowly dissipates until he eventually decides to return home. Balzac poured many of his thematic preoccupations and narrative elaborations into Lost Illusions, from the contrast between life in the provinces and the all-consuming world of Paris to the idealism of poets, the commodification of art, the crushing burden of poverty and debt, and the triumphant cynicism of hack journalists and social climbers. The novel teems with characters, incidents, and settings, though perhaps none so vivid as its panoramic and despairing view of Paris as the nexus of modernity's cultural, social, and moral infection. For Balzac, no institution better illustrates the new reality than Parisian journalism: "amoral, hypocritical, brazen, dishonest, and murderous," he writes. In this new translation, Raymond N. MacKenzie brilliantly captures the tone of Balzac's incomparable prose--a style that is alternatingly impassioned, overheated, angry, moving, tender, wistful, digressive, chatty, intrusive, and hectoring. His informative annotations guide the modern reader through the labyrinth of Balzac's allusions.