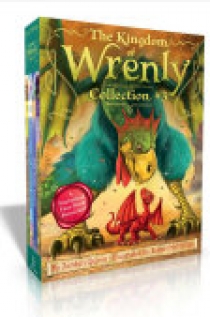 Both devastating and funny, The Lonely Londoners is an unforgettable account of immigrant experience - and one of the great twentieth-century London novels. This Penguin Modern Classics edition includes an introduction by Susheila Nasta. At Waterloo Station, hopeful new arrivals from the West Indies step off the boat train, ready to start afresh in 1950s London. There, homesick Moses Aloetta, who has already lived in the city for years, meets Henry 'Sir Galahad' Oliver and shows him the ropes. In this strange, cold and foggy city where the natives can be less than friendly at the sight of a black face, has Galahad met his Waterloo? But the irrepressible newcomer cannot be cast down. He and all the other lonely new Londoners - from shiftless Cap to Tolroy, whose family has descended on him from Jamaica - must try to create a new life for themselves. As pessimistic 'old veteran' Moses watches their attempts, they gradually learn to survive and come to love the heady excitements of London. Sam Selvon (b. 1923) was born in San Fernando, Trinidad. In 1950 Selvon left Trinidad for the UK where after hard times of survival he established himself as a writer with A Brighter Sun (1952), An Island is a World (1955), The Lonely Londoners (1956), Ways of Sunlight (1957), Turn Again Tiger (1958), I Hear Thunder (1963), The Housing Lark (1965), The Plains of Caroni (1970), Moses Ascending (1975) and Moses Migrating (1983). If you enjoyed The Lonely Londoners, you might like Jean Rhys's Voyage in the Dark or Shiva Naipaul's Fireflies, also available in Penguin Modern Classics. 'His Lonely Londoners has acquired a classics status since it appeared in 1956 as the definitive novel about London's West Indians' Financial Times 'The unforgettable picaresque ... a vernacular comedy of pathos' Guardian

By Ousmane Sembene
Professor:  Aliesha Hosein
Course Codes:  ENGL 4975A
Semester:  Winter-20
A biting satire about the downfall of a businessman-polygamist who assumes the role of the colonialist in French-speaking Africa.   END_OF_DOCUMENT_TOKEN_TO_BE_REPLACED
Course Books English (ENGL)

END_OF_DOCUMENT_TOKEN_TO_BE_REPLACED

By Chinua Achebe
Anchor Canada | April 21, 2009 | 224 pages
Professor:  Aliesha Hosein, Nduka Otiono
Course Codes:  ENGL 4975A, AFRI 1001A
Semester:  Winter-20
THINGS FALL APART tells two overlapping, intertwining stories, both of which center around Okonkwo, a “strong man” of an Ibo village in Nigeria. The first of these stories traces Okonkwo's fall from grace with the tribal world in which he lives, and in its classical purity of line and...  END_OF_DOCUMENT_TOKEN_TO_BE_REPLACED
Course Books African Studies (AFRI) English (ENGL)

END_OF_DOCUMENT_TOKEN_TO_BE_REPLACED

By Jean Kwok
Riverhead Trade (Paperbacks) | March 30, 2020 | 307 pages
Professor:  Aliesha Hosein
Course Codes:  ENGL 4975A
Semester:  Winter-20
Emigrating with her mother from Hong Kong to Brooklyn, Kimberly begins a double life as a schoolgirl by day and sweatshop worker at night, an existence also marked by her first crush and the pressure to save her family from poverty.   END_OF_DOCUMENT_TOKEN_TO_BE_REPLACED
Course Books English (ENGL)

END_OF_DOCUMENT_TOKEN_TO_BE_REPLACED

By Bapsi Sidwha
March 30, 2020 | 289 pages
Professor:  Mayurika Chakravorty, Aliesha Hosein
Course Codes:  ENGL 2937, ENGL 4975A
Semester:  Winter-20
During the 1947 Partition of India, young Lenny Sethi suffers from polio and spends her days with Ayah, her beautiful nanny, who exposes her to the differences among the Hindus, Muslims, and Sikhs, but when Ayah is kidnapped, Lenny's world erupts into religious, ethnic, and radical violence....  END_OF_DOCUMENT_TOKEN_TO_BE_REPLACED
Course Books English (ENGL)