Lessons of the Spanish Revolution 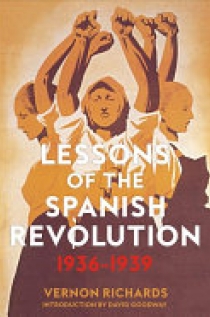 It was the revolutionary movement in Spain which took up Franco's challenge in July 1936, and this book soberly examines the many ways in which Spain's revolutionary movement contributed to its own defeat. Was it too weak to carry through the Revolution? To what extent was the purchase of arms from outside sources dependent upon the appearance of a constitutional government inside Republican Spain? In seeking to solve these problems, the anarchists and revolutionary syndicalists were confronted with other questions which this book examines.