Lally's Game: An Afk Book (Five Nights at Freddy's: Tales from the Pizzaplex #1) 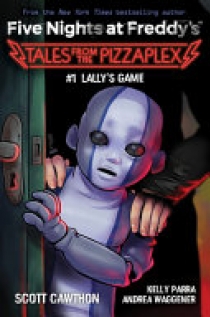 Five Nights at Freddy's fans won't want to miss this collection of three chilling stories that will haunt even the bravest FNAF player... Some secrets are better left hidden . . . A forbidden artifact from her fiancé's past beckons to Selena. Jessica leads a double-life from her friends and coworkers in the children's wing of a hospital. Maya can't resist the temptation to explore an off-limits area of Freddy Fazbear's Mega Pizzaplex. But in the world of Five Nights at Freddy's, everything comes with a price to pay.