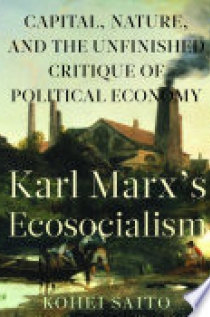 Reveals the ideal of a sustainable ecosocialist world in Marx’s writings Karl Marx, author of what is perhaps the world’s most resounding and significant critique of bourgeois political economy, has frequently been described as a “Promethean.” According to critics, Marx held an inherent belief in the necessity of humans to dominate the natural world, in order to end material want and create a new world of fulfillment and abundance—a world where nature is mastered, not by anarchic capitalism, but by a planned socialist economy.