John Lennon, Yoko Ono and the Year Canada Was Cool 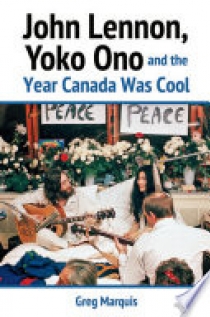 John Lennon was the world's biggest rock star in the late Sixties. With his new wife Yoko Ono, the duo were icons of the peace movement denouncing the Vietnam War. In 1969, at the height of their popularity, they headed to Canada. Canada was already a politically charged place. In 1968, Pierre Elliott Trudeau rode a wave of popularity dubbed Trudeaumania for its similarities to the Beatlemania of the era. The sexual revolution, hippie culture, the New Left and the peace movement were challenging norms, frightening the authorities and provoking backlash.