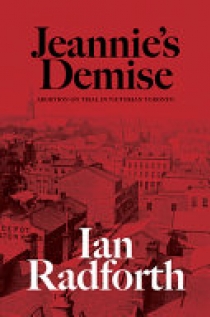 August 1, 1875, Toronto: The naked body of a young woman is discovered in a pine box, half-buried in a ditch along Bloor Street. So begins Jeannie's Demise, a real-life Victorian melodrama that played out in the bustling streets and courtrooms of "Toronto the Good," cast with all the lurid stock characters of the genre. Historian Ian Radforth brings to life an era in which abortion was illegal, criminal proceedings were a spectator sport, and coded advertisements for back-alley procedures ran in the margins of newspapers.