It Should Be Easy to Fix 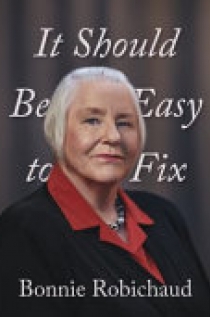 In 1977, Bonnie Robichaud accepted a job at the Department of Defence military base in North Bay, Ontario. After a string of dead-end jobs, with five young children at home, Robichaud was ecstatic to have found a unionized job with steady pay, benefits, and vacation time. After her supervisor began to sexually harass and intimidate her, her story could have followed the same course as countless women before her: endure, stay silent, and eventually quit. Instead, Robichaud filed a complaint after her probation period was up.