Investigation Into the Death of Roberto Bolaño 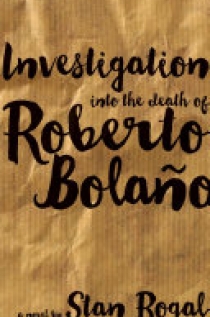 This film noir novel begins with the Chilean government wants to celebrate the life and work of the supposedly deceased Roberto Bolaño until they get an anonymous tip that he may still be alive and lurking. Afraid that he'll show up and ruin their celebration -- he never agreed with the politics and frowned on the literature being lauded in Chile, in fact, he found acceptance and fame after he moved to Spain -- they ask the local police authorities to make sure he's actually dead.