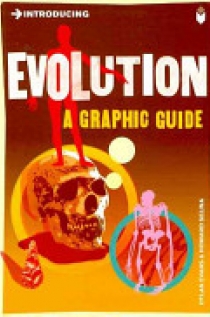 In 1859, Charles Darwin shocked the world with a radical theory - evolution by natural selection. One hundred and fifty years later, his theory still challenges some of our most precious beliefs. "Introducing Evolution" provides a step-by-step guide to 'Darwin's dangerous idea' and takes a fresh look at the often misunderstood concepts of natural selection and the selfish gene. Drawing on the latest findings from genetics, ecology and animal behaviour - as well as the work of best-selling science writers such as Richard Dawkins and Steven Pinker - a string of brilliant examples, superbly illustrated by Howard Selina, reveals how the evidence in favour of evolutionary theory is stronger than ever. With wit and clarity, Dylan Evans addresses many puzzling issues: Did life first evolve on other planets? What's the advantage of having sex? Why do your parents look after you? And what good to a bird is half a wing? From the death of the dinosaurs to the development of digital organisms, "Introducing Evolution" brings Darwin up-to-date with the latest scientific discoveries. This is the ideal guide to the most important idea ever to appear in the history of science.