Inside an Honor Killing 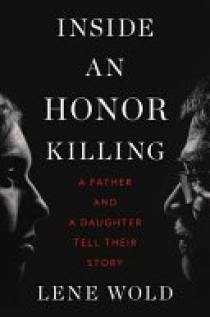 In this moving narrative, journalist Wold investigates the practice of honor killing, the murder by relatives of a girl or woman who has brought dishonor on the family. Wold focuses on one family in Jordan--extensively interviewing both Rahman, who killed one of his daughters for engaging in a relationship with another woman and attempted to kill his other daughter for concealing it, and Amina, the daughter who survived--interspersing a recreation of their experiences with an account of her research process, during which she consulted prison authorities, an imam, human rights lawyers, and a variety of other sources. Her interviews with Rahman are chilling; she recounts, "I politely greeted the person who would kill me if I were a member of his family and cut off my hands if he knew" about Wold's girlfriend back home. She concludes that the practice of honor killing in cases like these is primarily rooted in traditions and cultural attitudes, rather than in explicit religious dictates, and calls for specific changes she believes would end it, including a national reporting system for honor killings, the abolition of involuntary "protective" detention of potential honor-killing victims, and the creation of shelters. Readers with interests in global feminism, LGBTQ issues, human rights, or contemporary Middle Eastern culture will want to take a look at this sincere quest to understand the phenomenon.