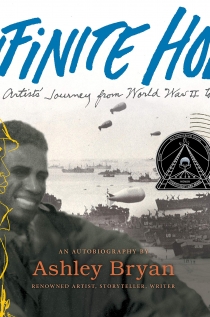 From celebrated author and illustrator Ashley Bryan comes a deeply moving picture book memoir about serving in the segregated army during World War II, and how love and the pursuit of art sustained him. In May of 1942, at the age of eighteen, Ashley Bryan was drafted to fight in World War II. For the next three years, he would face the horrors of war as a black soldier in a segregated army. He endured the terrible lies white officers told about the black soldiers to isolate them from anyone who showed kindness—including each other. He received worse treatment than even Nazi POWs.