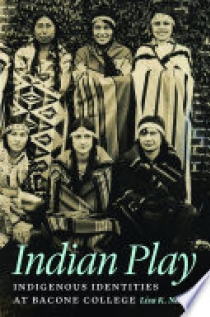 When Indian University—now Bacone College—opened its doors in Indian Territory (now Oklahoma) in 1880, it was a small Baptist institution designed to train young Native Americans to be teachers and Christian missionaries among their own people and to act as agents of cultural assimilation. From 1927 to 1957, however, Bacone College changed course and pursued a new strategy of emphasizing the Indian identities of its students and projecting often-romanticized images of Indianness to the non-Indian public in its fund-raising campaigns.