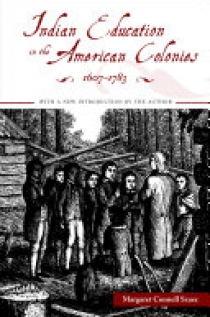 Armed with Bible and primer, missionaries and teachers in colonial America sought, in their words, ?to Christianize and civilize the native heathen.? Both the attempts to transform Indians via schooling and the Indians' reaction to such efforts are closely studied for the first time in Indian Education in the American Colonies, 1607?1783. ø Margaret Connell Szasz?s remarkable synthesis of archival and published materials is a detailed and engaging story told from both Indian and European perspectives.